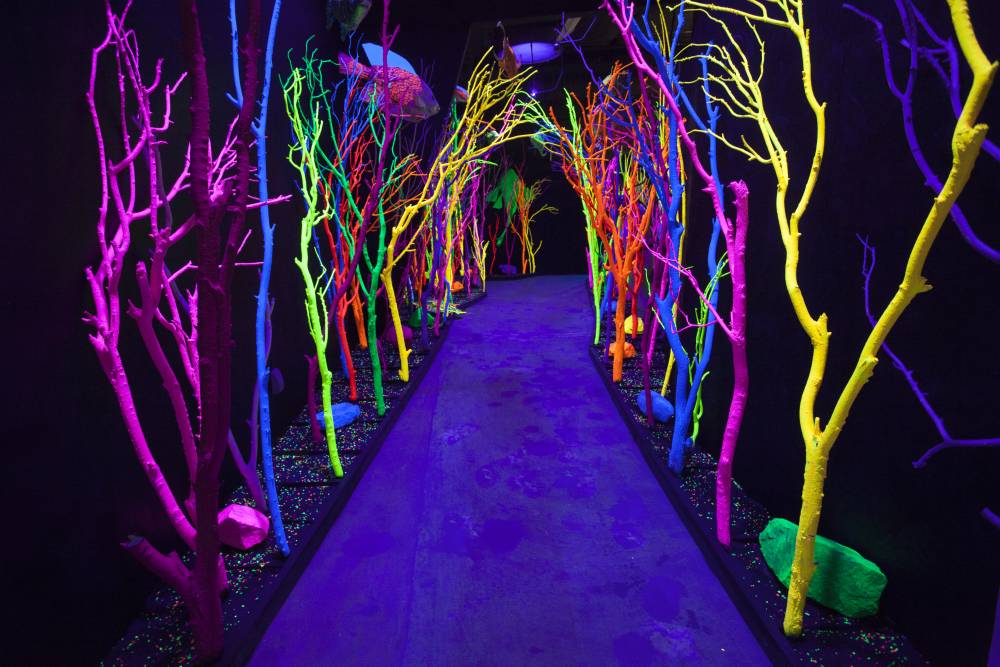 When you first step into “The House of Eternal Return,” a permanent exhibition created by Santa Fe, N.M., art collective Meow Wolf, you’ll find yourself at the front steps of the Selig family home. The exhibition, which uses more than 100 artists to create a fully interactive experience inside of an old bowling alley, transports you into a different world – a multiverse even – that begins in a front yard. You might decide to start your journey by opening the mailbox, or you might walk right through the front door, or maybe you’ll take a stroll through the yard. No matter where you begin your exploration, you’ll create your own path and meander through a mystery: What happened to the Selig family inside of their home? To answer that question, you might find yourself in a child’s closet filled with whispered secrets, or a cave with prehistoric mastodon bones that play musical notes as you strike them, or a spaceship in another dimension. But between the secret passageways, treehouses and intricate room designs, you’ll find that the entire 20,000 square feet of this exhibition is a fully immersive art experience like no other. 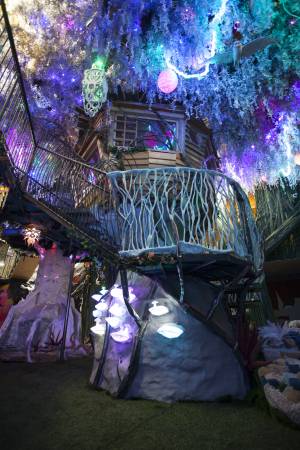 “The House of Eternal Return” has quickly gained recognition as one of the country’s best art experiences. It’s been profiled by the New York Times and the Smithsonian. In 2016, it was the most frequently photographed location in the state of New Mexico on Instagram. However, before the widespread recognition, Meow Wolf began as a 12-person group looking for the opportunity to collectively express the varying styles of individual artists – and it’s a vision they’ve carried with them.

“We were a bunch of 20- and 30-somethings essentially without a place or venue,” recalls Meow Wolf founder and CEO Vince Kadlubek. “It was about having a place where we could paint or make music or talk or have meetings or just be weird.”

From their first meetings in 2008, the Meow Wolf collective began creating. They opened up their work to the public on occasion the way a traditional gallery might. The response was positive. Each exhibition grew in popularity, which Kadlubek attributes to the nature of the types of exhibitions they hosted.

“All of our exhibitions were really immersive, environmental narratives,” he says. “Kind of like worlds that people could step inside of, and that was a different experience than the general public was used to.” 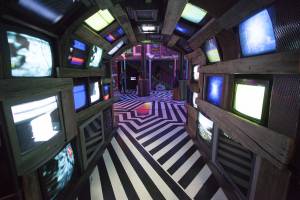 These environmental experiences incorporated a variety of mediums and a storytelling component – something not necessarily found in a more traditional gallery setting. The result was a wider acceptance among non-traditional arts patrons. Meow Wolf found that its projects had supporters in kids, teenagers and families, as well as those interested in the myriad of art mediums exhibited – whether that was sound, light or woodworking. With this broad support from the Santa Fe community, the group realized that they could create experiences that would not only appeal to a wide swath of people, but also be financially self-sustaining.

“We could pay ourselves for the artwork. We could pay ourselves to be creative. We could use the funds to support other creative endeavors,” says Kadlubek on the move from shifting the art collective into a business. “[We thought] let’s do what we do, but do it bigger and with more structural legitimacy for the sake of the public. So that’s what we set out to do. Now we’re two years into that process, and it’s really taken off.” 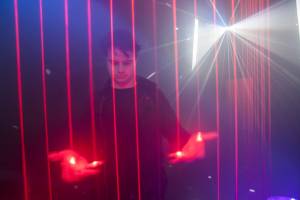 With that ambition, as well as the group’s increasing recognition, Meow Wolf began putting in the groundwork for a large-scale project. With the help of “A Song of Ice and Fire” author George R.R. Martin – also a Santa Fe resident – the group was able to lease a space large enough for the “The House of Eternal Return” project in the form of an abandoned bowling alley. The Meow Wolf Art Complex, which also houses a creative maker studio and non-profit outreach education program, opened its doors to the public in March of 2016.

A year later, Meow Wolf is already setting its sights on what’s next: finding other markets, like Denver or Austin, to create additional immersive art experiences while also creating a Santa Fe-based art fabrication center to help support other large-scale projects across the country. Regardless of where they go next, the organization is committed to continuing their process of allowing the visions of multiple artists to take root.

“We really try to supply space for artists to do what artists want to do,” says Kadlubek. “It’s not a top-down vision. It’s not a single experience. What we do is a multi-experience, a multitude of aesthetics and visions and interests at play. We want to support all of the visions that come forward in our company, which is something many businesses have a difficult time doing. Our interest is to support the artists themselves and not have them creating someone else’s vision.” ■

The Meow Wolf Experience from Meow Wolf on Vimeo.

Artist in Residence at Anythink

Share your talen by becoming an artist in residence at Anythink. We partner with artists in all creative areas – everything from robotics to jewelry-making to screenwriting – to create learning and mentorship opportunities for the community. If you're interested in learning more, email ithink@anythinklibraries.org.