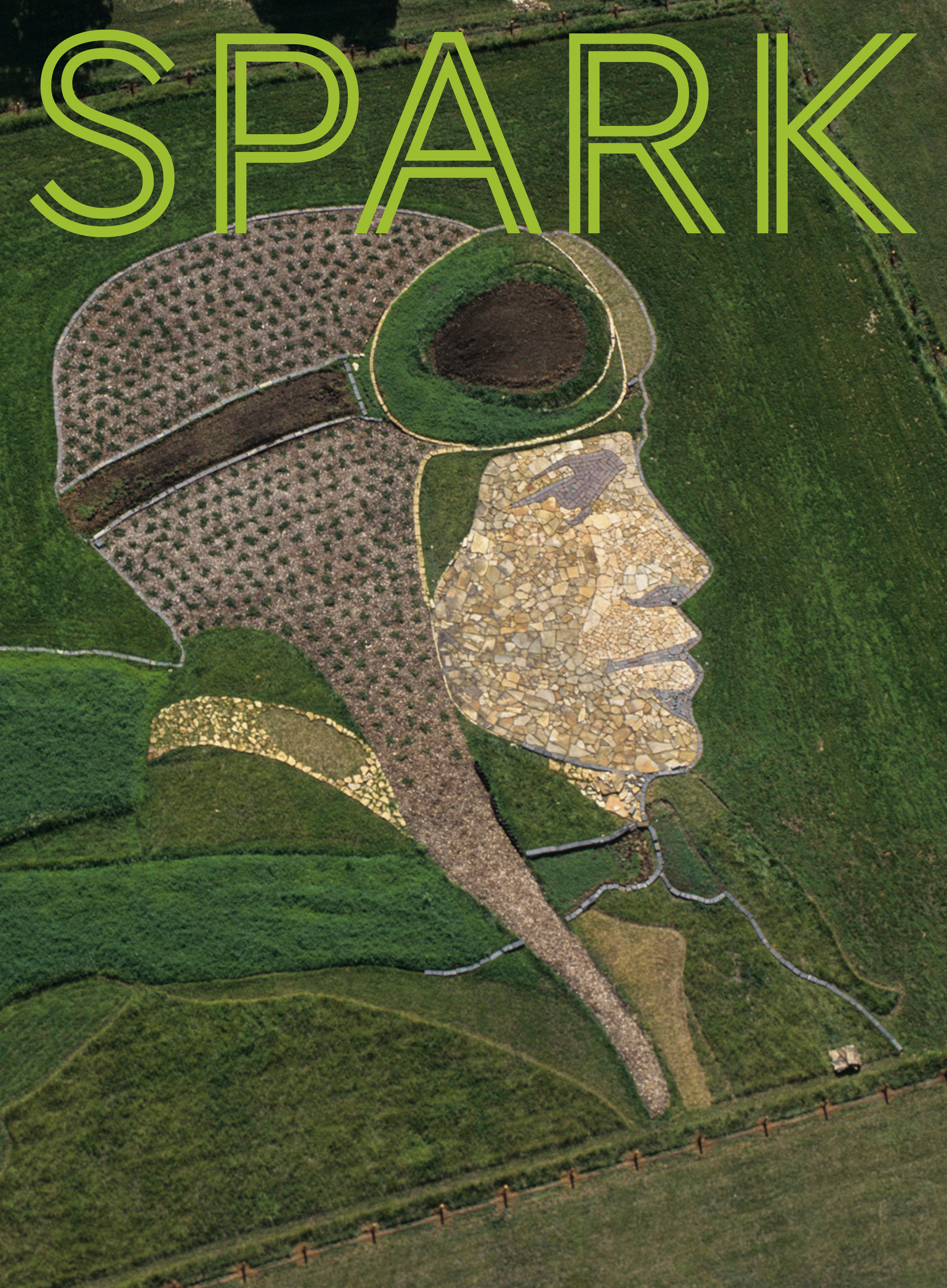 An even briefer history of time

Understanding time and the enormity of space in just one year

How can one grasp time from the perspective of the universe? Carl Sagan approached this question by condensing the entire life of the universe down to one single year. So the Big Bang happened on Jan. 1, and we’re currently hanging out on Dec. 31 at midnight. The first galaxies would have begun to form around Jan. 22. It’s not until the March 16 that our galaxy, the Milky Way, forms. And our sun and our planets? Not until early September. That means we’re 3/4 of the way through the life of the Universe before the sun even turns on.

Let’s move to Earth now, following the same timeline. The first water-dwelling lifeforms probably showed up around the end of September. Our atmosphere wasn’t breathable until the end of October. Multicellular organisms finally joined the party on Dec. 5. The first insects got around to evolving around Dec. 21. We had a great present around Christmas – dinosaurs showed up! The next three days saw the arrival of mammals, birds and flowers.That’s right, the first dinosaurs never saw a flower, and the last dinosaur didn’t see the asteroid heading for Earth until Dec. 30 at around 6 am.

We’ve made it all the way to Dec. 30, and still no sign of humans. Apes finally arrive on the morning of New Year’s Eve. Primitive humans, like those who painted in caves in modern-day France, don’t show up until 10:24 pm that night. We’re less than two hours from the new year, and our primitive ancestors are doodling on cave walls. We don’t see humans walking upright until 8 minutes until the ball drops. We don’t start plowing fields until 28 seconds before the clock strikes 12.

It’s not until the last second of the last day of the last month in the year that humans harness electricity, create computers, put a man on the moon, and have the capacity to fathom black holes. If the universe was capable of being an observer of its own history,  it could easily miss all of modern science by blinking an eye. It would miss all of humanity by turning its head at a strange sound. If it took a catnap, it might miss the earliest proto-humans scratching at walls and learning to walk upright.

Instead of feeling insignificant looking at this timeline, we should feel extremely lucky that we’re living in a technological age where we can understand the vastness of time, and contemplate the enormity of space. 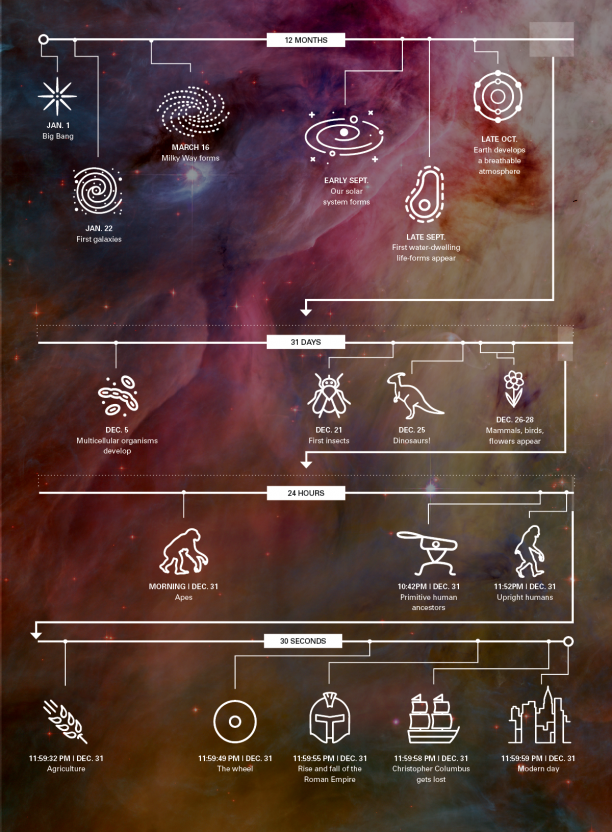