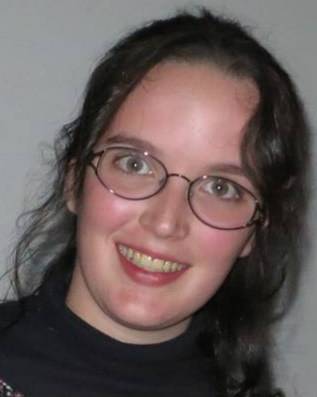 Anythink York Street recently held a fan fiction writing contest that challenged teens to write an original story based on their favorite book, movie or TV show characters. There were nine entries, and each was outstanding. We are very proud of all our participants! After all was written and read, two stories rose to the top based on their quality of style, character building, world building, continuity and structure. The two winning stories happened to be by sisters! Congratulations to Elisabeth (10th grade) and Hannah C. (12th grade), who took the Grand Prize of a $40 gift card to the store of their choice with their Series of Unfortunate Events and Lord of the Rings fan fiction stories! Below is one of the winning stories: Enjoy!

The Blossoming Bride: A Lord of the Rings Fan Fiction by Hannah C.

Based on the novels by J.R.R. Tolkien

Elanor Gamgee was the apple of Sam's eye since the moment she was born to his wife, Rose. Sam had just gotten back from saying goodbye to his master, Frodo. Now he sat with little Elly in his arms imagining what her future would be like. In a matter of minutes, Sam had her life all planned out. From when she would first start teetering around in the garden until he would give her away to a deserving young hobbit in marriage. But what Sam envisioned was not quite what was about to happen.

Two years went by and Elly grew so quickly. She seemed to just shoot up like a daisy. By the age of two she was taller than most hobbit lasses at age six. Because Sam was now considered quite a respectable hobbit, Rose was determined to teach Elanor how to be proper. Sam, on the other hand, desired to teach her how to garden. He would often say, "She won't be proper if she doesn't know how to grow a turnip." After several years, Sam finally convinced Rose that gardening was a proper thing to know.

Elly was now eight and had grown so quickly that she was almost as tall as her dad - which was a strange thing for a hobbit lass. Sam taught Elly everything he knew. Sam then made a contest. He and Elly would each plant a sunflower. The first one who was able to eat its seeds would win. So they both planted their sunflowers. Sam went inside of the house to wash up. Elanor followed soon after. "Dad, my flower has grown!" she quickly announced. "Come and see it!" "Elly, that is impossible," Sam said with a grin, "but I'll come and see just the same." When Sam got to the garden, he froze in his tracks. There was a sunflower, taller than he was, smiling down on them. Elly ran over and with pruning shears, cut off the head of the sunflower, and triumphantly ate a seed. She had won their contest! From that time on, Sam never challenged Elly in gardening.

Rose and Sam marveled at their little Elly who could at the snap of her fingers grow a tree from a sapling. Rose was concerned: this ability was unusual and perhaps improper. So, to keep Elly from being an outcast, the three decided that she whould not use her abilities outside of their home and garden. Elly promised them she would not use this gift in front of others. Their plan worked.

Elly grew, went to school, and had friends  just like all of the other young hobbits. All of Hobbiton did notice one thing different about the Gamgees. At the yearly fairs they won the blue ribbon for every vegetable they entered. Elly was especially fond of winning the "Biggest Pumpkin" ribbon each year.

Elanor was a happy youth who had many friends. Her parents started noticing that the name of one boy kept coming up. One evening after Elly told her parents about another amazing thing that Humphry Proudfoot had accomplished, Sam asked when they would meet this Humphry. In answer there was a knock at the door. There stood Humphry grinning ear to ear holding a beautiful bouquet of flowers. "Hello Mr. Gamgee," said Humphry with a blush. "I have a question for you that I hope will also be a question for Elanor." Sam smiled. "Well, out with it!" he said. Humphry convinced Sam and Rose that he was deserving of Elanor's hand. And a wedding was planned.

A party tent was erected over the big tree in the meadow. So many chairs were needed that they had to ask neighbors if they had a spare. The chairs were gladly given in exchange for wedding invitations. The finest satin runner was found to make the center isle glorious. The chairs were placed on each side and decorated with sunflowers. Tables were set up and dressed in delicate, pumpkin orange lace. A feast was in the making. It was clear the Gamgees would spare no expense for their special Elanor.

The long expected wedding day arrived. All the hobbits from the surrounding area came dressed in their Sunday best. Humphry stood up in front waiting for his beautiful bride. As the Bruce Willow Pipe Organ began to thunder, everyone stood and turned waiting for the flower girl to precede the bride. But there was no flower girl. The pipe organ paused, then started up when Elanor appeared at the back of the isle. As soon as Elanor placed a neatly groomed foot on the runner, a spring of daisies, roses, and chrysanthemums formed around her. Humphry's mouth was hanging close to the ground both at the sight of his gorgeous bride and the deluge of flowers that followed her. Elanor had unveiled her special ability for all to see. To the family's delight, after a moment of silence the audience filled the canopy with applause and laughter. Everyone received Elanor's gift with open arms.

Even now this wedding day is still talked about in Hobbiton and Bywater. If you were to ask where Mr. and Mrs. Proudfoot lived, you would be told to go to the house that is covered with sunflowers that are ever blooming just like Humphry and Elanor's love.

Hannah C. is a homeschooler in 12th grade. Her favorite book is The Bible.

Special congratulations and thanks to all our participants:

If you have more written like this, keep sharing. Keep us updated, you got favorites. There are some outfits that are celebrities’ inspired. It’s available at <a href="https://www.fanjackets.com">fanjackets</a>. They look whoa, can’t believe they make such things.
Really a great major apprehension for young men and women! I like reading such blogs; it’s critical and exceeds my impatience. Thanks for the new outfits you have mentioned here for courage, go and have a look! <strong><a href="http://www.samishleather.com/product/guardians-of-the-galaxy-chris-pratt-jacket">Have a Look Star Lord Jacket</a></strong>
Really a good blog needs to attract readers to their website as this one.Really great work and check out the website for <a href="http://freeppbucks.com/">click this</a> online here.
<a href="https://task-bucks.com/">TaskBucks</a> let you recharge your mobile for free.
Amazing article, i really like it and wish to wear this dress on my engagement now a days i have buy celebrity suit from www.jbsuits.com for my boy. you may buy suits for your love one.
Intriguing article! Much obliged to you for sharing them! I trust you will keep on having comparative presents on share with everybody.